What is pup play?

Pup play is a kind of role play in which humans adopt the persona and mentality of a puppy. This can take many forms, from simply enjoying the headspace of feeling like a puppy to wearing a pup hood, pup mitts or other pup gear to playing with other pups or even playing with someone who role plays as a handler.

A puppy is the term for a human who enjoys taking on a role with a canine personality. For some, being a puppy is a headspace they enter for a limited period of time—for example, to unwind or just play—while for others it can be an identity they wear 24/7. Some pups are single (or strays), while others may be partnered or be collared (belonging to a handler a trainer or a sir). Some pups may even join a larger pack of pups and adopt puppy roles such as alpha, beta and omega.

What is a handler?

A handler is the term for a person who enjoys role playing as someone who takes care of a pup. Handlers can take many forms, from a nurturing caretaker to a firm leash-holder to an obedience trainer to a dom or Sir. The relationship between handlers and pups can be romantic, sexual, or even platonic.

OK, so is pup play a sexual, romantic, social or platonic thing?

It can be any of those things and pup play is different for different people. Most pups and handlers find some kind of physical and sexual gratification from it. Many also find a romantic connection, making pup play a part of a relationship. And some just want to enjoy the puppy headspace with platonic friends. There’s no wrong way to be a pup!

Who can be a pup?

Anyone! You don’t need to own a Mr S. Leather pup hood or attend moshes or leather events to be a pup. You don’t need to have a handler or an alpha or belong in a pack. All you need is a desire to be in the pup headspace and an openness to explore. The rest is up to you!

Are there other types of pet play?

Of course there are! Not everyone who enjoys pet play wants to occupy the canine headspace. Some prefer to role play as kittens, ponies, wolves, foxes, bulls, or any number of other animals. Each pet play animal has a different headspace and a different attitude. If you think another kind of pet play is up your alley, we recommend exploring Pupspace and asking around to hear how different people experience their own personal brand of pet play.

Is this only for gay men?

Not at all! Pup play and pet play in general is open to people of all genders and orientations. Puppy play appears to be most popular among gay pups and handlers, but there are also large numbers of pups and handlers of every orientation and gender. Whether you’re a straight pup, a queer pup or any other kind of pup, you belong in the puppy play community and on Pupspace.

How can I meet pups and handlers?

Honestly, it helps to put yourself out there. Pupspace is a great place to start, and you can use the search feature to help you narrow down and find other pups who like the same things as you. But other social media can also be a useful tool. We also recommend checking out your local PAH group, which may have some fun events in your area.

I’m new to this, where do I start?

We recommend joining Pupspace and diving into the community—it’s a welcoming and inclusive space for all kinds of pups and friends. But if you’re looking to study up, we recommend two resources. First, Watts The Safeword is an accessible kink resource with a number of helpful videos about pup play. We recommend starting with PupAmp’s Puppy Play Intro video on YouTube. And second, Pupplay.info is an incredible trove of pup play information and resources and their Pup Play 101 article is a terrific starting point for any new pup. Also, make sure you check out the newsfeed here on Pupspace. 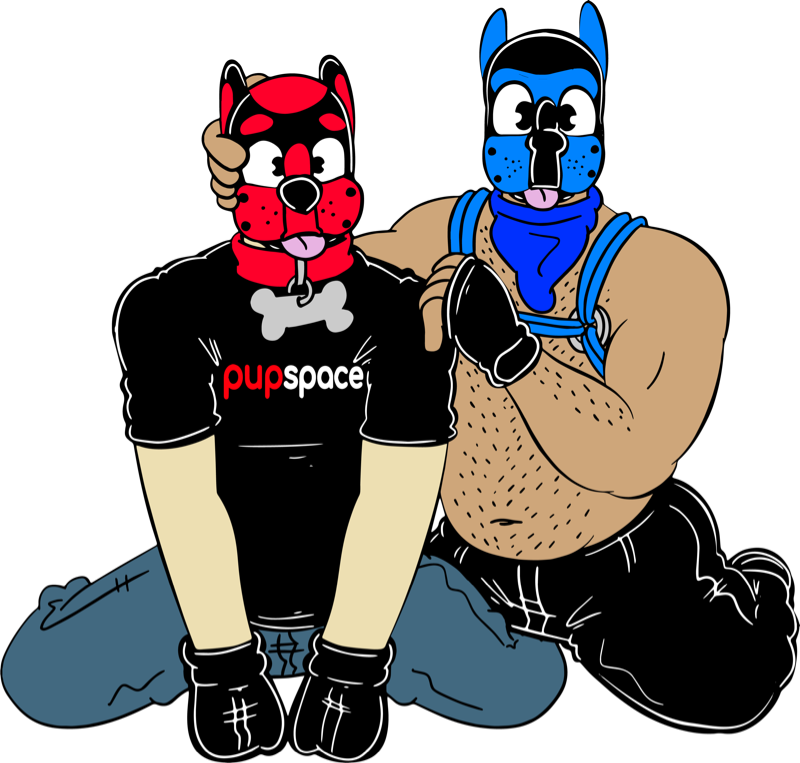 Note: The country name listed in parenthesis helps the site to correctly format dates/times for your region.